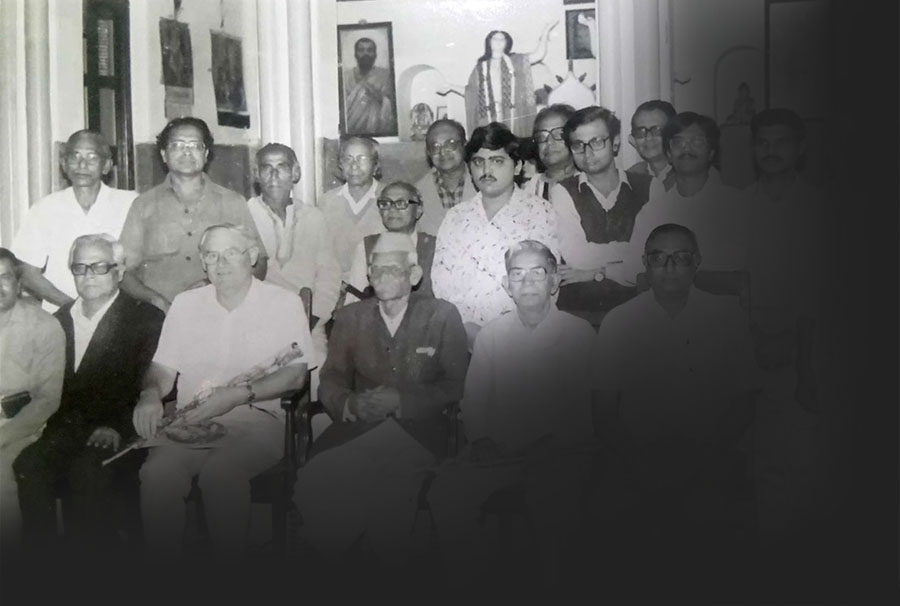 The city of Kolkata plays the pioneering role for numismatic research in India. Scientific numismatic research started at the Asiatic Society more than two centuries ago. The first such research publication is available in the second volume of the Asiatic research in 1790, where information on Roman coins and medals were discussed. Since then, the European officers of the east India company took interest in collection, publication and research on available indigenous coins found at different parts of the country. The contribution of the city of Kolkata, in this field, was further enriched when eminent Indian scholars, historians started contributing articles in the numismatic supplements of the Journal of Asiatic society.

The organized and formal research in this field started soon after establishment of the modern educational institutions including the University of Calcutta. We find eminent historians contributing on the subject. Also regular publication of numismatic supplement by the Asiatic society continued with the articles from collectors of coin. This situation continued till early twenty century.

The epicenter of numismatic research started shifting from the city with the shifting of the capital of India from Calcutta to Delhi. European scholars and collector decided to form a separate society for numismatic research only. The numismatic society of India thus formed at a meeting at Allahabad at Calcutta University .The general coin lovers and collectors were yet to participate in the field. Such a situation continued till independence of the country.

In sixties of the last century, we find some coin collectors are coming forward, taking coin collection as a hobby “ That was before GPO days “- as Nicholas Rhodes mentions in an article on memory of Garlo Vaidetro, an Italian Engineer, posted at Calcutta during sixties.

Carlo had started a tradition of inviting collectors, academics and dealers to his house every Saturday afternoon. Out of the number of people attending that Saturday, two scholars left lasting impressions, and became firm friends, Prof. Dr. A.N Lahiri and Sri Vasant Chowdhury, both now sadly departed. Visits to major collectors, such as Sri H.P Podder, were arranged, and it was clear that Carlo’s house was the centre of numismatic activity in Calcutta at that time , and in his quiet way he was inspiring local scholars in their research projects. 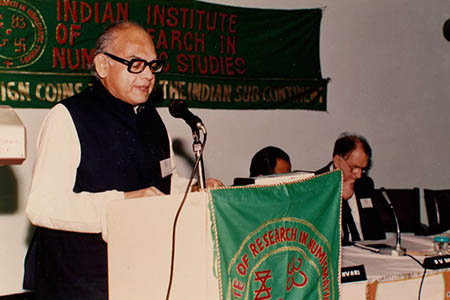 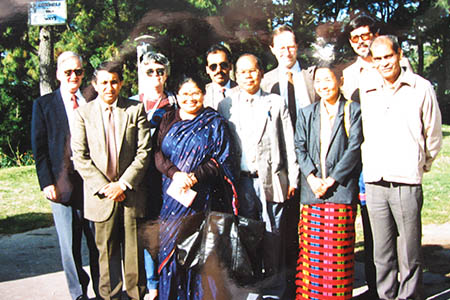 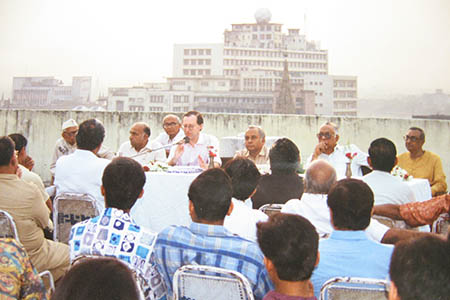 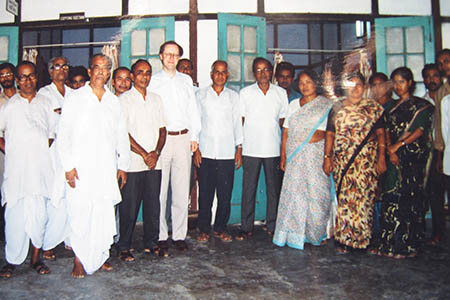 At this background, the demand to form a common platform on numismatic research in the city felt necessary. Ultimately it gave birth to Calcutta Coin society. Soon it staged a coin exhibition jointly with NSI and the Asiatic society in 1974.

This pioneering effort had good impact on common people. For the first time the Eastern and North Indian coins were exhibited through a private collection.

An exhibition catalogue was published. Many new coins came to light for the first time through this catalogue.

Till this time (mid seventies), collection and research on coins were confined within elite citizen and historians of the city. But as an impact of the exhibition, common people, more and more in numbers started taking interest in the subject. A new group emerged. The demand for a wider platform felt necessary as the function of the former society was limited. Ultimately this Numismatic Society of Calcutta was born. It got registered under the act of 1961, on 17th October 1985. The society has completed 24 years of service to its members. This being the silver jubilee year the society is planning to celebrate its jubilee in a befitting manner. Programme of yearlong activity have been chalked out. We look forward for better services to its members and to the people of the country at large, in the numismatic field.